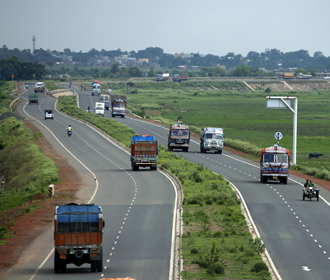 March 31, 2021: HCC Concessions Ltd (HCON), the infrastructure development arm of HCC Group, concluded its conciliation with NHAI for all disputes concerning Baharampore-Farakka Highways Ltd (BFHL) and Farakka-Raiganj Highways Ltd (FRHL). The SPVs entered into settlement agreements with NHAI for a comprehensive closure of all outstanding disputes and claims between the parties. BFHL will receive Rs.405 cr while FRHL will receive Rs.854 cr from the NHAI; FRHL will release the settlement proceeds and further sums to HCC Group per the existing contractual understanding with FRHL’s buyer, Cube Highways & Infrastructure II Pte Ltd (Cube), as detailed below.

Besides part use of funds for NHAI project completion and an exit to the Xander Group, who hold a 14.55% share in HCON, a substantial portion of funds will be received by HCC as a settlement of their cost claim.

As a further consequence of this conciliation, Cube will release Rs.233 cr withheld as part of HCON’s sale of FRHL and also require to share a significant portion of FRHL’s growing revenue for the remainder of the concession’s 20 years. With 100% construction completion being achieved at FRHL, toll rates will increase ~70% in FY22. Additionally, up to Rs.100 cr is further payable by Cube in 2023, contingent on traffic projections being realised.

BFHL’s closure of disputes with NHAI facilitates the required liquidity in the project to accelerate completion of a much-delayed Bypass, which along with the SPV’s strong free cash flow from toll operations, frees HCON to monetise this ~Rs.2,000 cr mega project earlier than planned. Despite the impact of COVID-19 and partial tolling, BFHL clocked revenues of Rs.168 cr in FY21, a 16% jump over FY20. On final completion, a toll increase of ~67% will further generate material free cash flow.

On the occasion, Arjun Dhawan, HCC Group’s CEO, said, “Today, HCC settled disputes pertaining to its largest BOT projects, and we are thankful for the opportunity provided by the conciliation mechanism encouraged by MoRTH & NHAI. The proceeds of conciliation shall be used to expedite completion of our key projects and to strengthen HCC’s participation in future works of nation-building.”

BFHL and FRHL are among the largest Public Private Partnership (PPP) projects in the country. They encompass 200 Km of Bengal’s main artery, NH-34, and pass through major towns such as Baharampore, Farakka, Kaliachawk, Malda, and Gajol, besides being the only link over the river Ganges in the region. NH-34 provides north-south connectivity between the capital region and the ports of Kolkata & Haldia to the north-eastern states of India. The west side of the highway borders Bihar and Jharkhand and the eastern side runs parallel to the Bangladesh border, where considerable import and export of goods occur. Both BFHL and FRHL faced significant delays mainly related to land acquisition, commencing toll operations on May 14, 2014, and October 19, 2016, respectively. The concession periods are 25 years for BFHL and 30 years for FRHL. The full completion of this all-important corridor shall reduce the travel time from Kolkata to North Bengal by half.