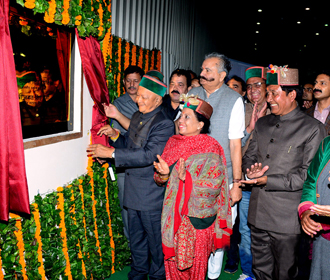 The Kashang Hydro Power project is an integrated hydro power project, built on Kashang river, a tributary of Sutlej. This project comprises of four distinct stages, of which, HCC was awarded the contract to build sections of stage I, II and III totaling to 195 MW. All four stages of the Integrated Kashang HEP would generate 1659 GWh energy annually on 90% dependability